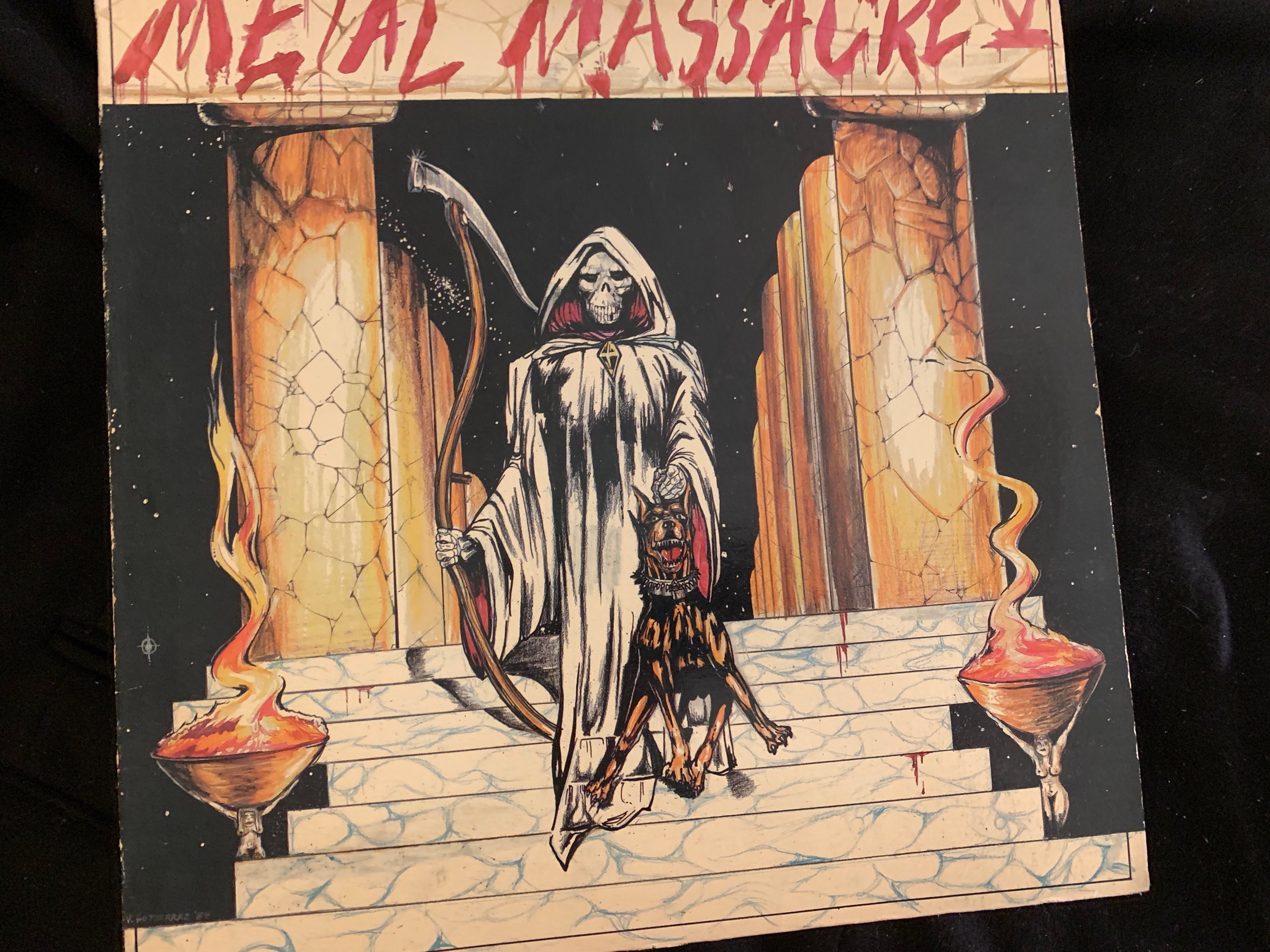 Several huge metal bands have had their debuts on the Metal Massacre compilations from Metal Blade Records, perhaps most notably Metallica who have their name misspelled on Metal Massacre 1. Early on they featured “hair bands” like RATT until Metal Blade became the go-to record label for thrash metal and started working with better bands like Cryptic Slaughter, Slayer and Hirax.

ABOUT: Metal Massacre was started1981 Brian Slagel, founder of Metal Blade Records, decided to put out a compilation of unsigned, underground metal bands. Throughout the ’80s and early ’90s, he continued to release more volumes of the collections. Metal Massacre XII was released in 1995 and was the final Metal Massacre album until Metal Massacre XIII, released 11 years later in 2006. (SOURCE: WIKIPEDIA)