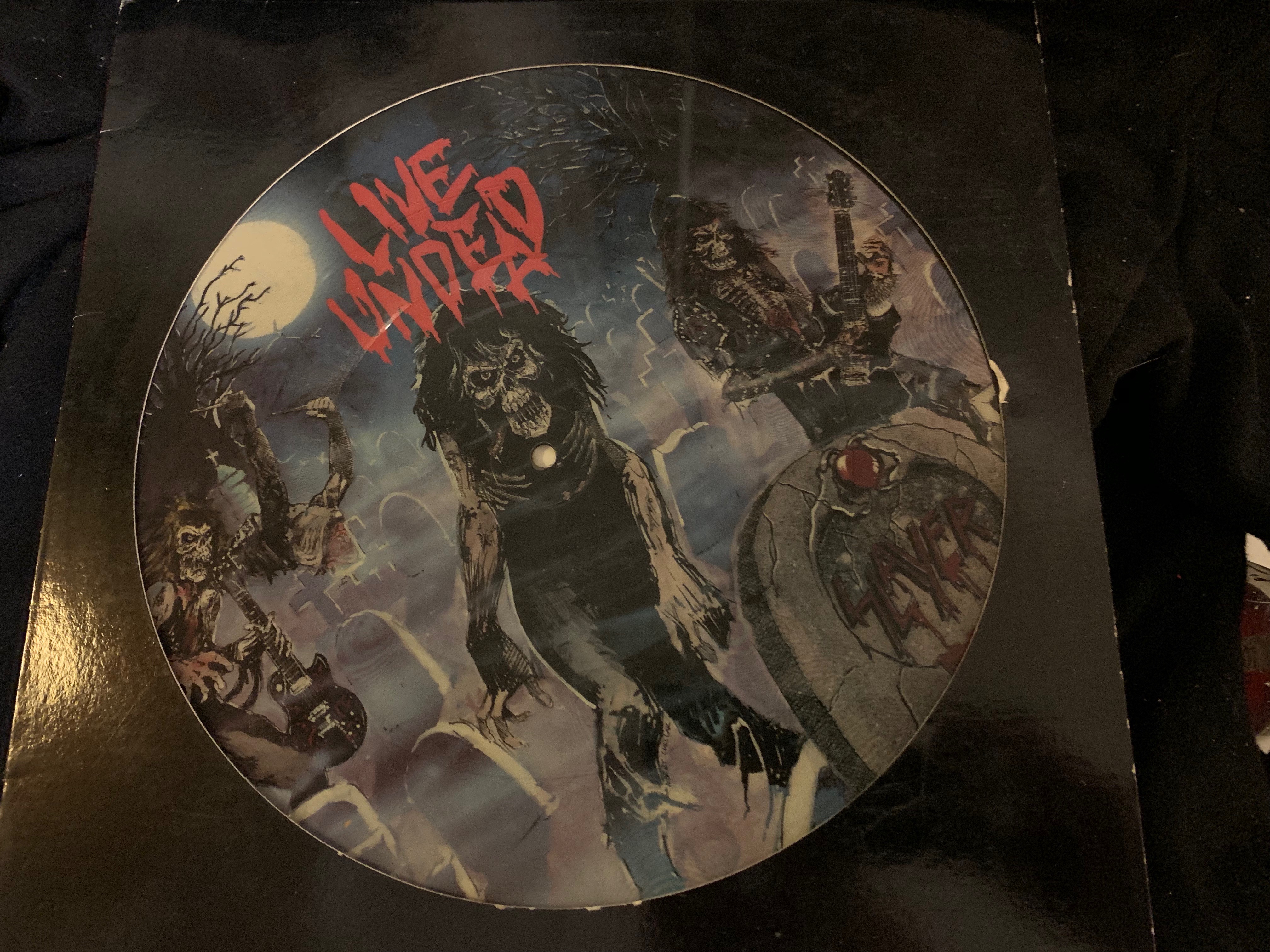 Here. is a question that may shock or amaze even some of the most die hard metal fans. It IS know that record companies would (especially in the 70’s) “live albums” that were really recorded in the studio — most of note and KISS and Peter Frampton.

There was a simple reason record companies were putting out so many live albums: THEY SELL!

You might be surprised….you can even listen to some of Slayer’s live recordings and demos that have been bootlegged from that period.

That said, it’s still an awesome album. If that shocks you, I can assure you that Show No Mercy was not a fake live album. In fact, the studio was so small that drummer Dave Lombardo had to OVERDUB HIS CYMBALS because the would “bleed over” into other tracks. If you list you can tell.

Show No Mercy and Live Undead Are Still Up For Grabs

1 thought on “Was Slayer “Live Undead” A Real Live Album?”