This is a killer super-rare vinyl collection I just bought from a guy in Europe. The original owner contacted me through my blog, and we exchanged emails over a few weeks. It took a bit to get comfortable with wiring thousand of dollars overseas to someone I didn’t know, but I buy heavy metal record and CD collections all the time, and I’ve never had an issue.

The embed video is a walkthru of everything included in this epic thrash metal collection, which consisted of 177 albums. Included, were about 15 of them were non-thrash guitar nerd albums, so I removed them to stick to the thrash for this video.

Below is a photo gallery of some of the standouts, although most of them were pretty epic. The vinyl was at worst VG+ and quite a bit isEX / NM. The original owner stored all of these albums in protective sleeves, so the album jacket quality is impressive, 95% being VG+ to NM.

I had a good idea of what titles were included in this collection, although to be honest, I was not 100% sure either! The original owner never compiled a list. He hand-wrote lists of the titles in this collection of paper and then emailed me photos. (see below) 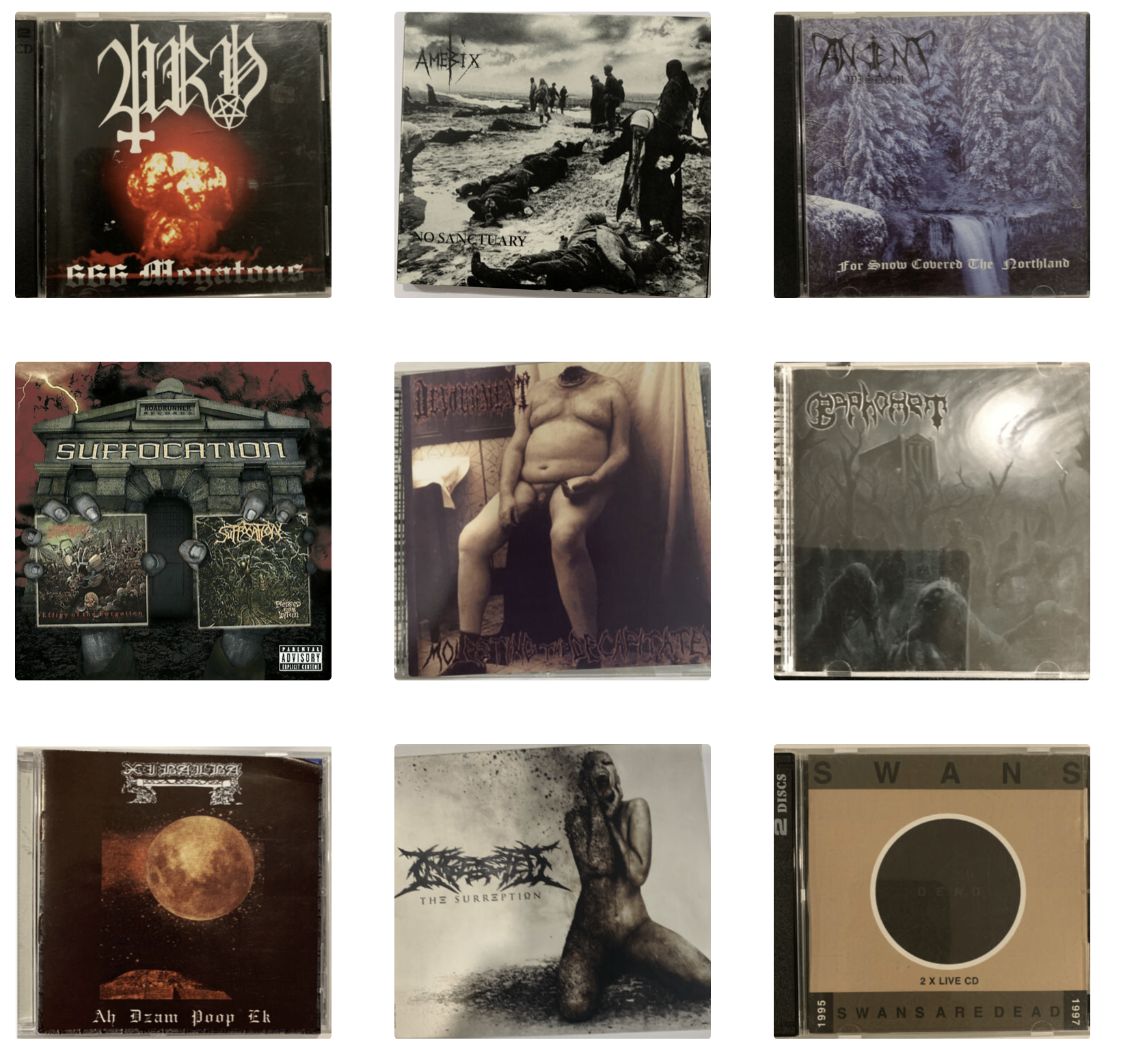