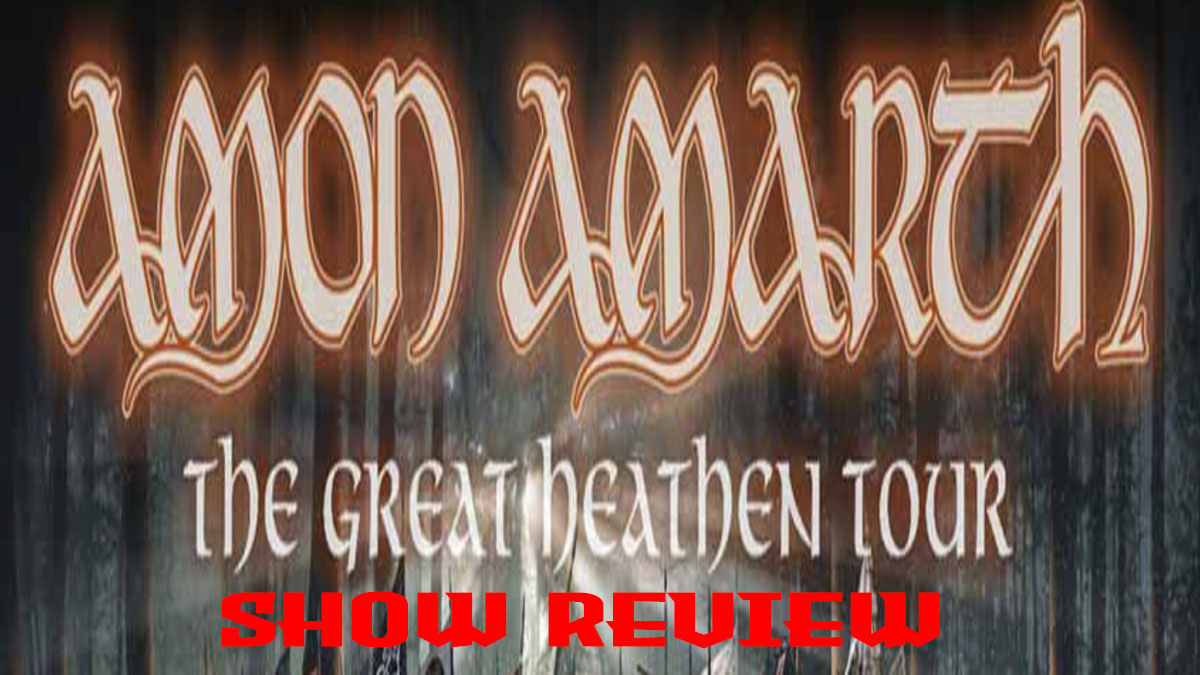 This past weekend I caught the recent Obituary, Carcass, and Amon Armoth show at the Kia Forum in Los Angeles, and here is a quick review of it.

As always, Obituary was incredible, and they opened on the bill. However, there was a giant fly in the ointment. Their set was WAY TOO SHORT and consisted only of the following:

Given that “Redneck Stomp” is an instrumental, “Circle of the Tyrants” is a Celtic Frost cover, and “The Wrong Time” is a new song, it left the crowd starved for that brutal classic material from albums such as “Cause of Death” and “Slowly We Rot“. I wasn’t a massive fan of their latest single, “The Wrong Time,” but the material works live, so the song has grown on me.

Here is a video shot by a fan that does a reasonably good job of summing up the night.

The Kia show was my second time seeing Carcass in recent months. Unfortunately, the band’s set was much shorter and less inspiring than their show at Psycho Fest. Aside from “Incarnated Solvent Abuse” the set consisted of all post-Heartwork era material, forgoing the early grindcore period, and their short setlist was as follows:

Amon Armoth’s production demands were the primary cause of Obituary’s and Carcass’s truncated sets. I knew Amon Armoth was big, but I never realized the monsters they’d become. Their production was insane and matched the greatness of Iron Maiden’s 1985 Powerslave tour (which was the first show I ever saw). Amon Armoth is trying to take the mantle of this generation’s Iron Maiden, and that’s big money.

Amon Armoth sounded great — even too great. The drums we played tight to a click track, the vocals had backing tracks coming in, and I suspect there was even some augmentation of the guitars at points.

Despite how incredible the production was, how great the sound was, and how crazy the stage show was when metal reaches this level of perfection, it also loses much of its grit. Unfortunately, this was the case here. I would rather see an underground band sweating it out, playing on stage volume, and killing it in a bar than see some over-polished corporate metal show.

I didn’t even make it through the entire set, but it was as follows:

The Kia Forum is a rebranded version of the original Forum in Inglewood and a poor choice for this show. Possibly because of the size of Amon Armoth’s set, they required a space this massive. YouTube Theatre or Hollywood Palladium would have been better for this event. The forum was built in 1987 but seemed much older: Factor in $60 parking and $28 self-serve beers, and it’s going to take a lot of work to get me back to Kia Forum – unless it’s something completely mind-blowing.