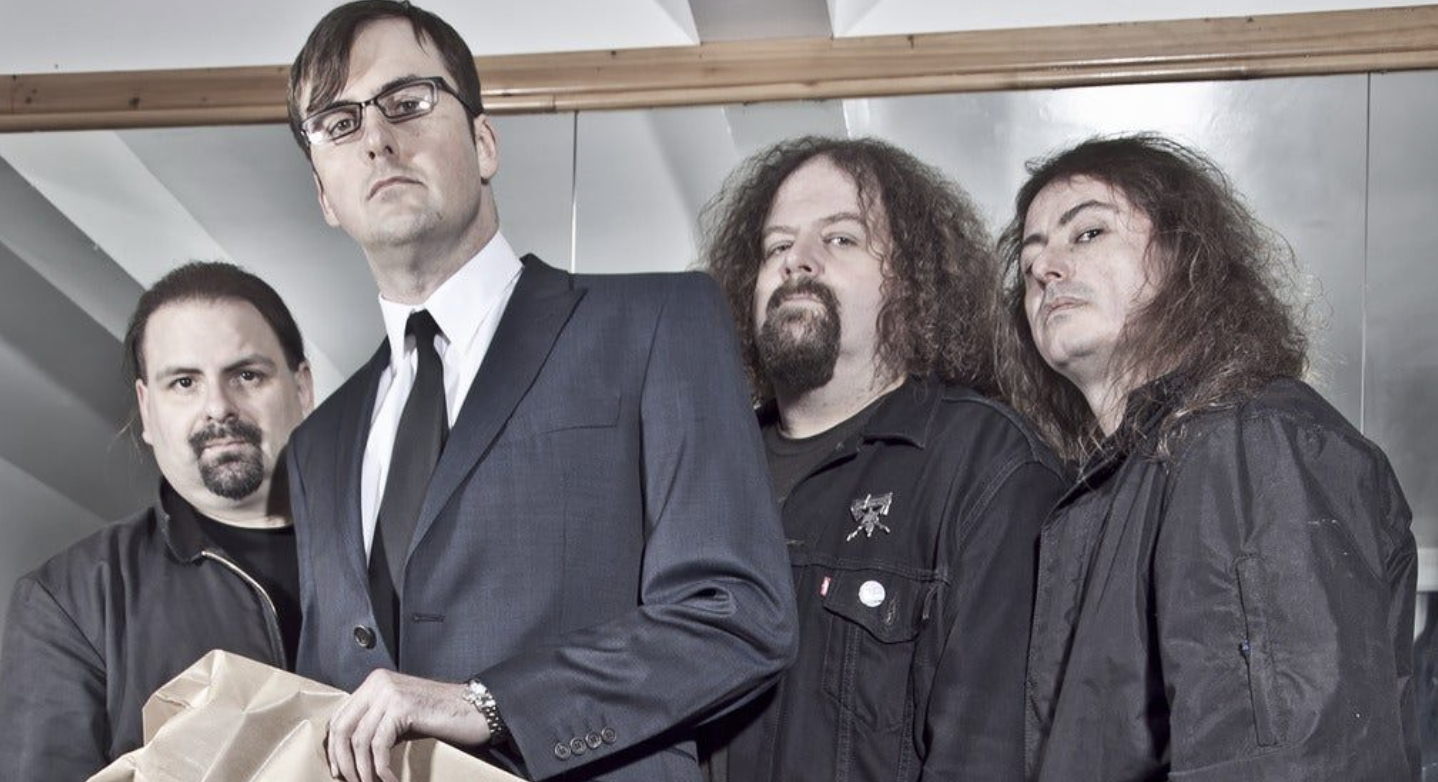 We decided to take a chance and drive an hour outside of LA to catch Napalm Death playing with Final Conflict at Transplants Brewing Company in Palmdale, CA, on April 15, 2022. I wasn’t sure what to expect from the venue, but I have to say I was thoroughly impressed. Transplants Brewing Company is easily better than EVERY venue in Los Angeles right now. There was plenty of free parking (as opposed to the $30 many venues in LA charge), 7$ beers brewed in-house, a friendly staff, and the place has a great sounding room. If you live in LA, it is definitely worth the trip.

A local support act was on the bill and was actually pretty good, not life-changing good, but they were decent. I wanted to link to a place where you could find their music, but because of the crazy death metal font they used for their logo, I have no idea what the band’s name was (see flyer below). If anybody knows, feel free to drop it in the comments.

Next up was Final Conflict from Long Beach, CA. Palmdale was a one-off show, as Napalm Death continues their US tour with Arch Enemy and Behemoth starting in Tempe. I don’t know a ton about Final Conflict other than the fact they’ve been around forever, and I was familiar with some of their better-known songs. The band consisted of only one original member (Jeff Harp on guitar) and was backed up by Anthony Robles and Nick Manning, who play with a number of other punk rock bands, including DI.

Final Conflict dished out some competent Cro-mags style punk/hardcore that was well received by the crowd and got the mosh pit swirling at a furious pace. Again, nothing life-changing but delivered in such a professional manner; you can’t put it down either – especially considering the ages of some of the long-time members.

Next up was English grindcore legends Napalm Death, who, if you want to get technical about it, consist of no original members. However, the current line-up has remained relatively steady since the early 90s. Guitarist Mich Harris does not tour with the band, and sitting in for him is touring guitarist John Cooke who, in my opinion, is not that good, but because of the nature of grindcore music, his sloppy playing doesn’t take much away either.

That band delivered a blistering set, consisting of a lot of material from their last two releases Apex Predator – Easy Meat (2015) and Throes of Joy in the Jaws of Defeatism (2020), as well as quite a few classics from the 80s and 90s with two cover songs (including the Dead Kennedy’s “Nazi Punks Fuck Off”). Bassist Shane Embury is an absolute monster, and drummer Danny Herrara is one of the best skinsman in the business. The duo is a formidable rhythm section. Vocalist “Barney” Greenway hasn’t lost a thing over the years vocal-wise and may have even improved. Unfortunately, his stage presence is a bit goofy, and he often looks like he’s having a seizure as he dances on stage. In addition, some of his far-left rants between songs leave a lot to be desired and make me thankful I can’t understand the lyrics on their recordings. If you could make out what he was saying, I imagine it would sound like the rantings of a possessed MSNBC host.

Napalm Death hasn’t lost a thing over the years and solidly deserve their position as the biggest band in grindcore because they play this form of music better than everyone.

Catch them on tour with Arch Enemy and Behemoth in these cities through May.

Napalm Death On Tour With Behemoth and Arch Enemy