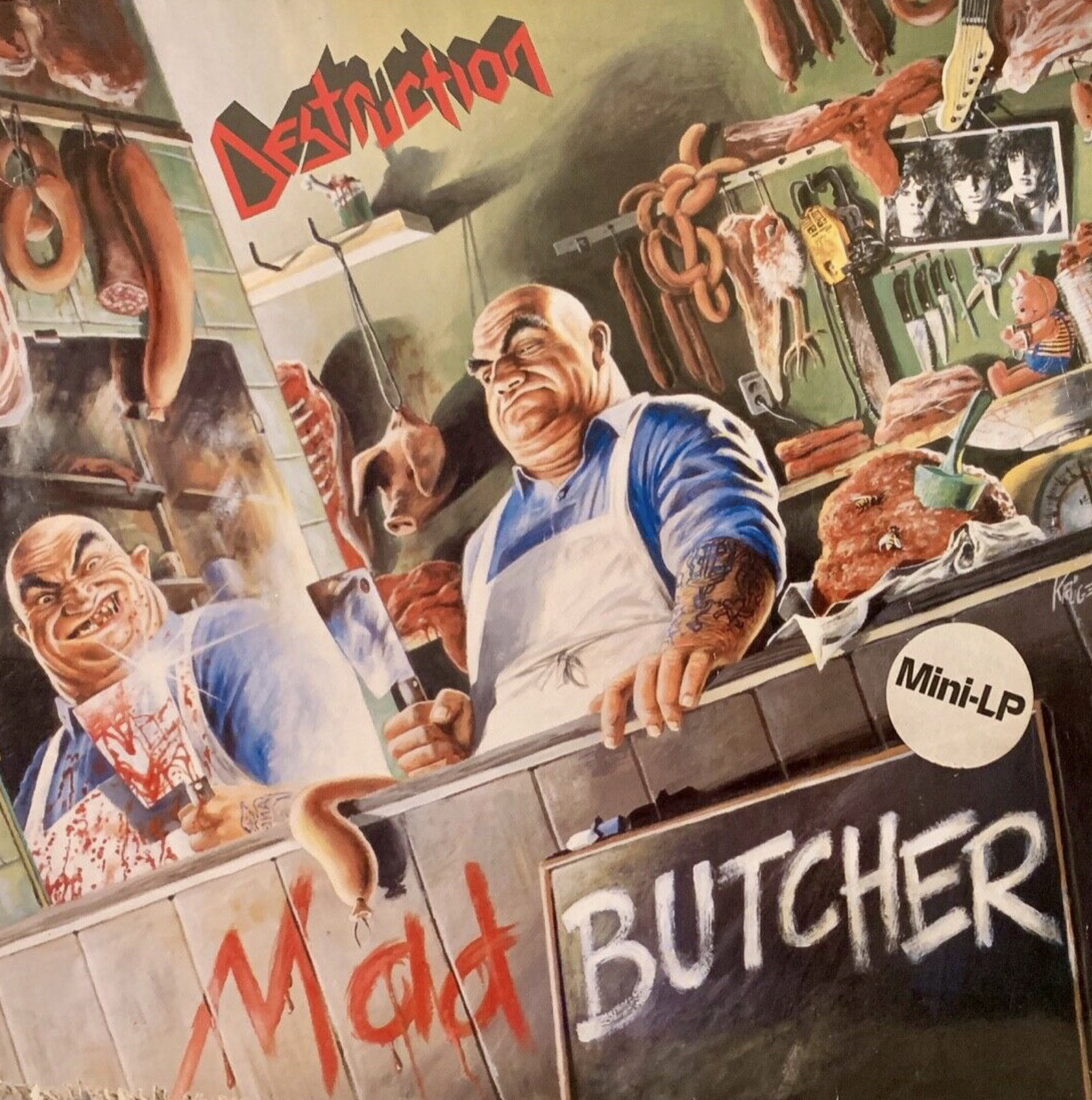 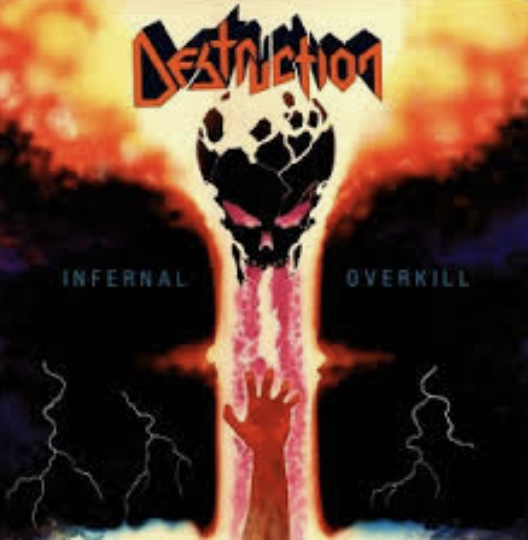 Infernal Overkill is the first full-length album by German thrash metal band Destruction. It was released in 1985.

Release from Agony is the third album by German thrash metal band Destruction, released in 1988 by Steamhammer/SPV.

SEE WHERE IS CRACKING ON EBAY FOR THIS ITEM

PICK THIS ALBUM UP ON VINLY HERE 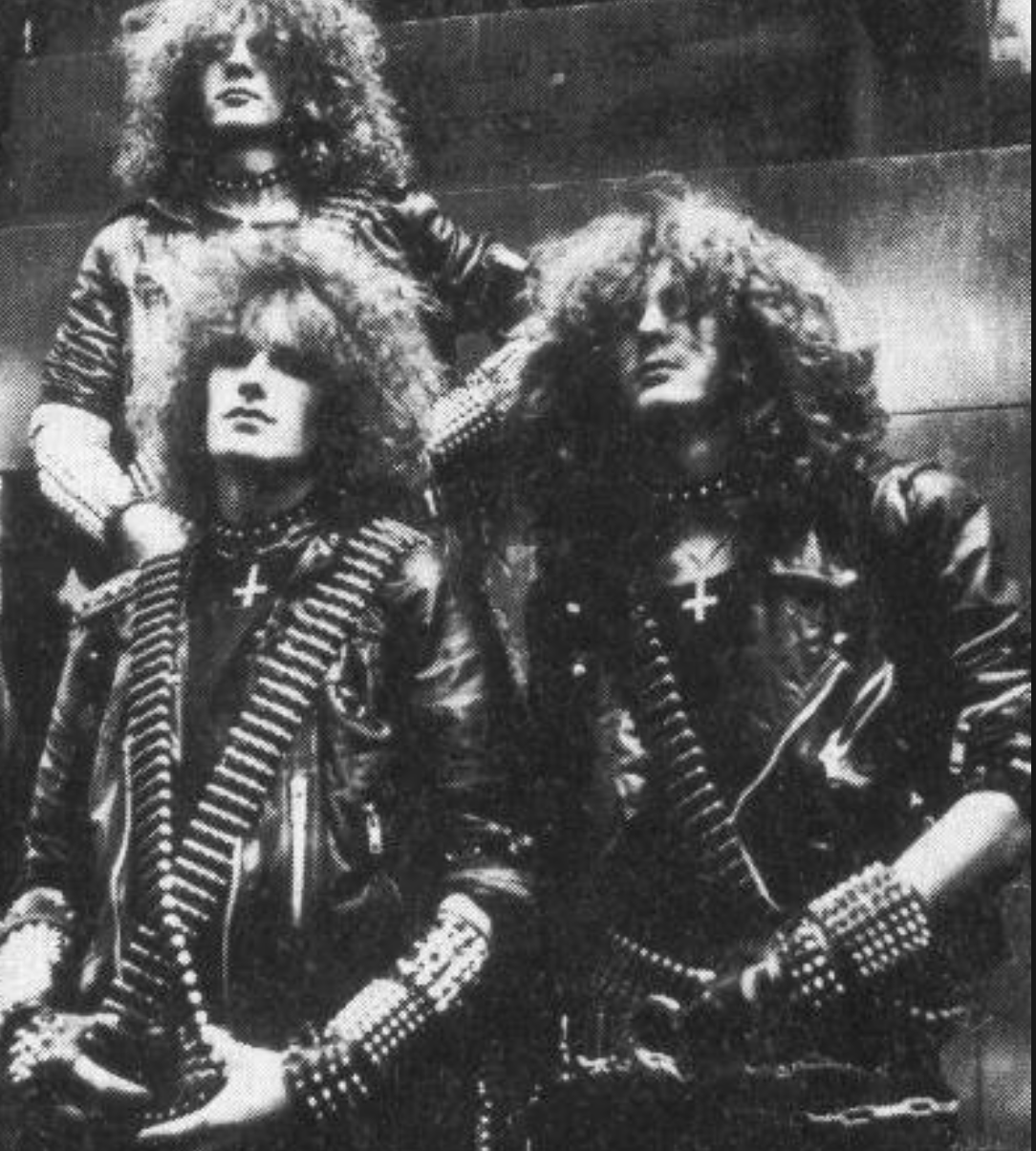 DESTRUCTION (THE BAND) FROM GERMANY – STILL HEAVY AFTER ALL OF THESE YEARS!

Eternal Devastation is the second full-length album by German thrash metal band Destruction. It was released in 1986. It showed the band had moved away from their previous black metal-influenced style of material evident on the Sentence of Death EP and Infernal Overkill albums, and were headed in the direction of a more contemporary thrash metal style. (SOURCE: WIKIPEDIA)

While they make have gone some at times silly fashion phases (pictured below) the band continues to tour and blow newer acts off the stage like they were not even trying.

PICK UP ETERNAL HERE ON EBAY