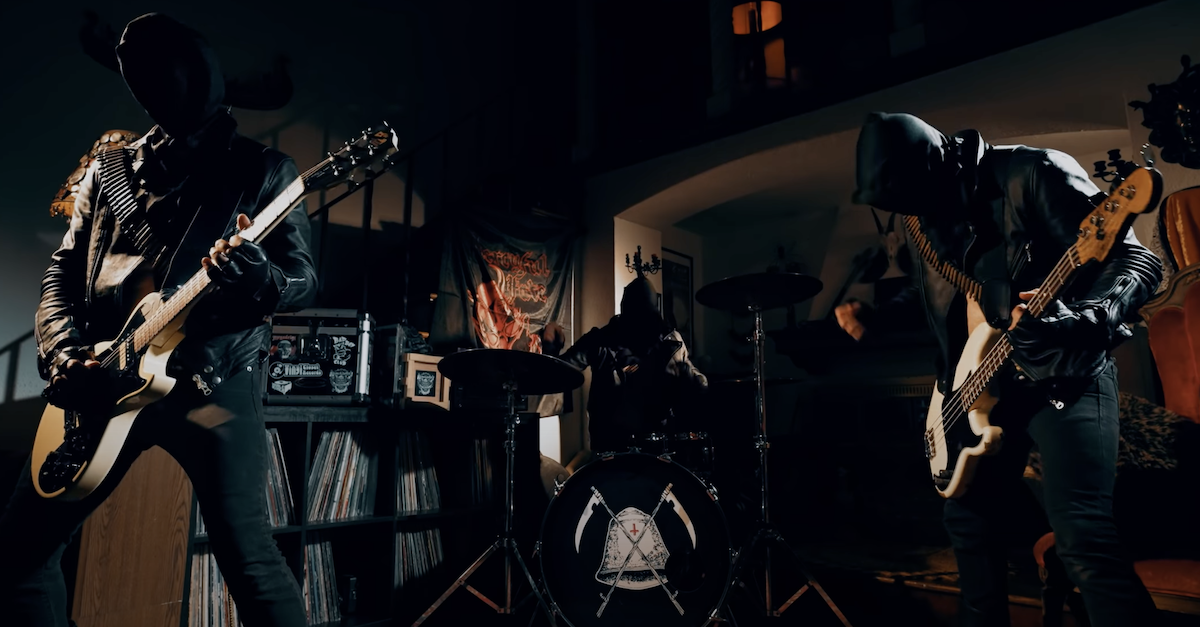 Reviews of albums are not something I typically delve into on this site. However, when bands issue new albums that are essential metal, I will drop an album review. The last one I did was for Mastodon’s Hushed and Grim. This time in the crosshairs is Midnight’s Let Ther Be Witchery.

Let Ther Be Witchery is the 6th official studio album from the Ohio punk/black metal trio Midnight. The easiest way to explain Midnight’s sound is they are a modern-day Venom. I love Midnight because they bring back the first wave of black metal — explored in the early 80s by bands like Venom, Sodom, and Celtic Frost with a tinge of punk added to the mix.

The band’s 2011 Satanic Royalty is a 100% metal classic, in my opinion, and sets a high bar. So let’s see how the new album stacks up to previous efforts.

First off, the production is solid. Everything is dialed correctly, and the sound is crisp and clean without being overproduced while still retaining the band’s dirty sound.

Let There Be Witchery Track By Track Review

The opener “Telepathic Nightmare” does a great job setting the tone for the album and includes some excellent Tom G. Warrior-style guitar bends. Track 2 is “Frothing Foulness”, a heavily Venom-influenced number that clocks in at less than 3 minutes. None of the ten songs pass the 4-minute mark, so this isn’t an album for fans of epic-length nerd metal.

“In Sinful Secrecy” comes next and has an Omicron-catchy riff with an almost classic rock feel that will stick in your head for sure. Unfortunately, “Nocturnal Molestation” comes next and is one of the weaker tracks on the album. One criticism of Midnight is sometimes their tongue-in-cheek lyrics work, and other times they do not.

Track 5 is “More Torment” and is easily my favorite track on the album. The song features a memorable ultra-heavy riff that reminds me of Celtic Frost in their prime. Unfortunately, I recently saw Midnight in Los Angeles, and while they played many songs from this album, this song was inexplicably omitted from the setlist! If someone in the band is reading this review, this is something you should fix!

Track 6, “Let There Be Sodomy” is the second-best track, even though the lyrics are silly. The main riff is incredible and reminds me of my favorite song from this band, “You Can’t Stop Steele.” Next, in track 7, “Dead Virgin.” the band goes into some Merciful Fate territory – with some traditional heavy metal riffs and even one riff that sounds lifted directly from “Black Funeral” on Melissa.

Next is “Snake Obsession” and is a Motorhead sounding track. It is one of the more forgettable tracks on the album. The second to last track, “Villany Wretched Villany,” is a fun, memorable song that stands out on the album with some Tunbonegro and Scorpions influences.

The final track, “Szex Witchery” is a great way to end the album and will undoubtedly leave the listener wanting more. It features some excellent NWOBHM style riffs and ends with a doomy harmony guitar outro. Interestingly, one thing common to Midnight albums is that even though the band is a trio, there are many overdubs on the guitar parts. However, having just seen the band live, guitarist Shaun Vanek is skilled enough to make it sound whole in concert. Props to him on that.

All and all, Let Ther Be Witchery is a great album and is well worth checking out, especially if you are a fan of first-wave black metal like I am. It’s not as good as Satanic Royalty, which seems to be the band’s high-water mark to this point, but is much better than 2019’s Rebirth by Blasphemy (also on Metal Blade).

The only place I can take points away from Midnight is: 90% of what they do has already been done by Venom in the 80s. There are even recordings of Midnight covering Venom songs in outtakes, so it’s not like they try to hide the influence. That said, they take everything Venom did and bring it up a notch for the 2020s, and that alone makes Midnight my favorite “new” band playing metal today!