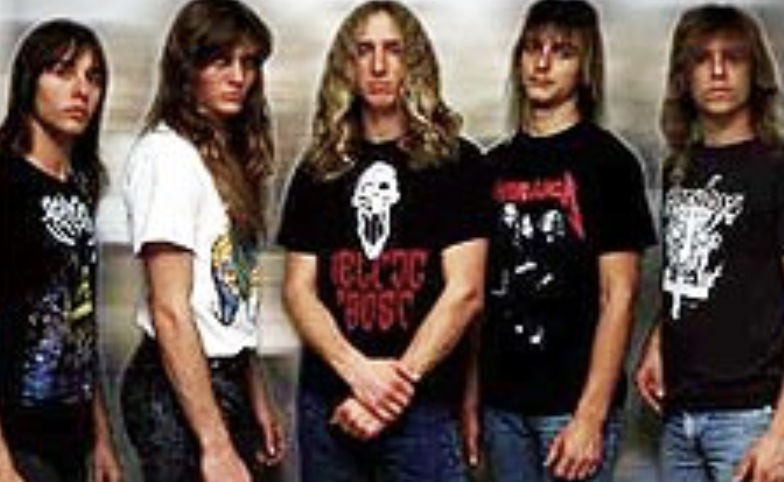 “Slowly We Rot” by the Tampa, Florida band Obituary is the heaviest album of all time. That isn’t just my opinion. That is a fact. What makes the album even more intense is the band does not rely on “down tuning.” The play in E 440 concert pitch, but it sure doesn’t sound like it!

Rhythm guitar player, Trevor Perez, is known for omitting most of the high-end on his guitar by turning the tone knob all the way down. Trevor also plays a Fender Stratocaster with a maple neck, which is far from a typical death metal guitar. The rest of the patented Obituary sound comes courtesy of a RAT pedal and a vintage Marchall JCM 800. This leads to his signature guitar sound, which is often imitated but never duplicated. However, it’s worth noting Trevor’s tone is reminiscent of Tom G Warrior and Celtic Frost in some ways.

The band released a series of highly influential death metal albums through the 90s before disbanding from 1998-2005.

The guys in the band were barely eighteen when the album was produced for a budget of $4000! It’s hard to believe that such an epic slab of metal that stands the test of time could’ve been produced in 1989 under the circumstances! In April 2013, Obituary started recording thier their ninth studio collection “Inked in Blood” before bassist Frank Watkins died from cancer on October 18, 2015. They released self tited 2017 and have a new album “Dying Of Everything” slated for release in January 2022.