Every Slayer song played back to back, starting from Show No Mercy all the way to Repentless. Try as you may, you can’t cancel the mighty SLAYER!!

HINT: If you just let this page play in the background it will not be interrupted by annoying YouTube ads because the clip is in EMBEDDED! – ENJOY!!

This compilation includes all studio albums and does not include live albums of EPS.

Have a vintage Slayer collection you want to sell? Hit us up! 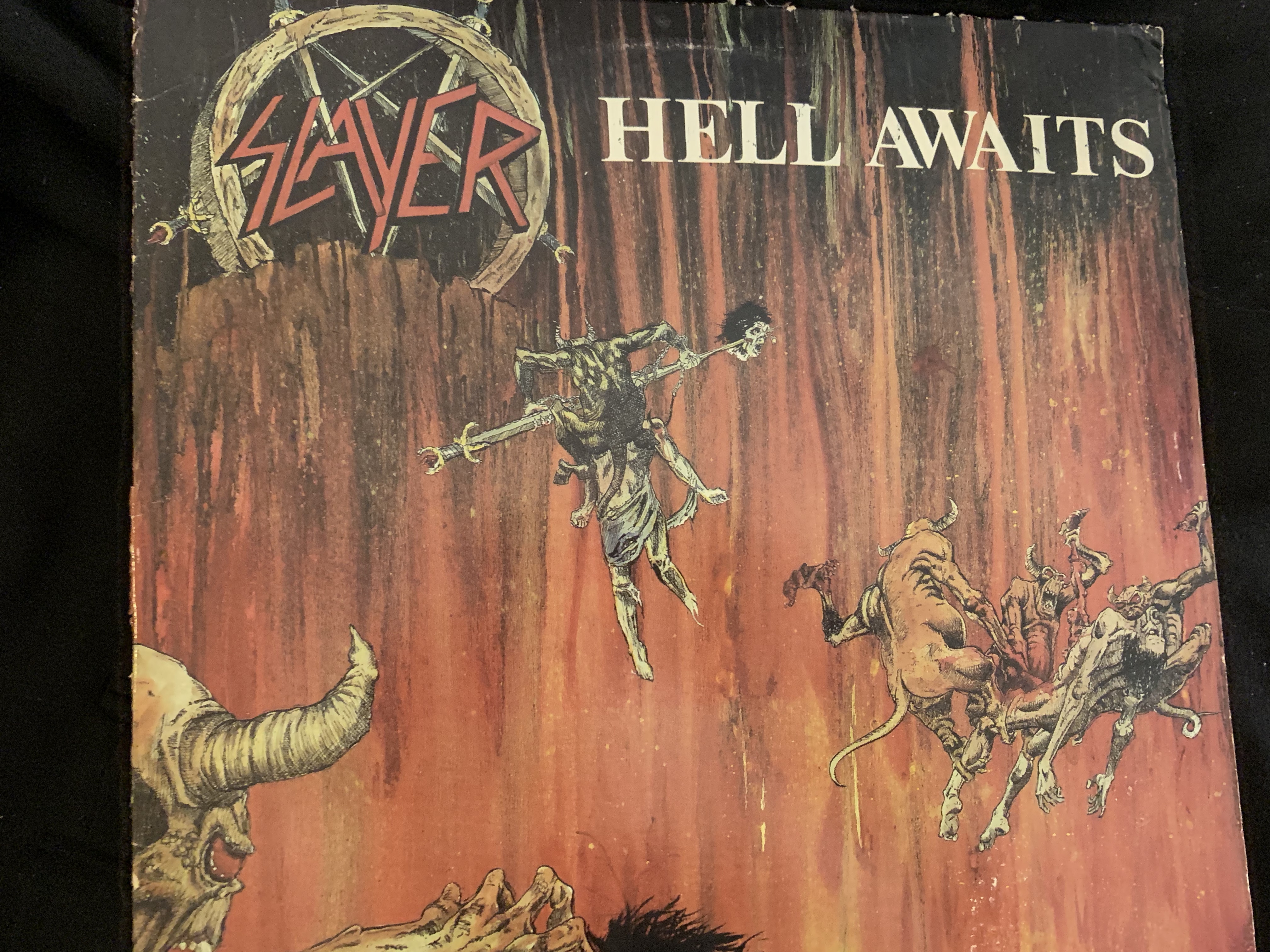 You have just a short time to grab a piece of heavy metal History! Slayer Hell Awaits original 1985 Slayer MBR 1040 on Vinyl.

Gallery Of LP Art and Condition

PICK UP AND ORIGINAL SLAYER HELL AWAITS ON VINYL

Everything you ever wanted to know about Hell Awaits here.