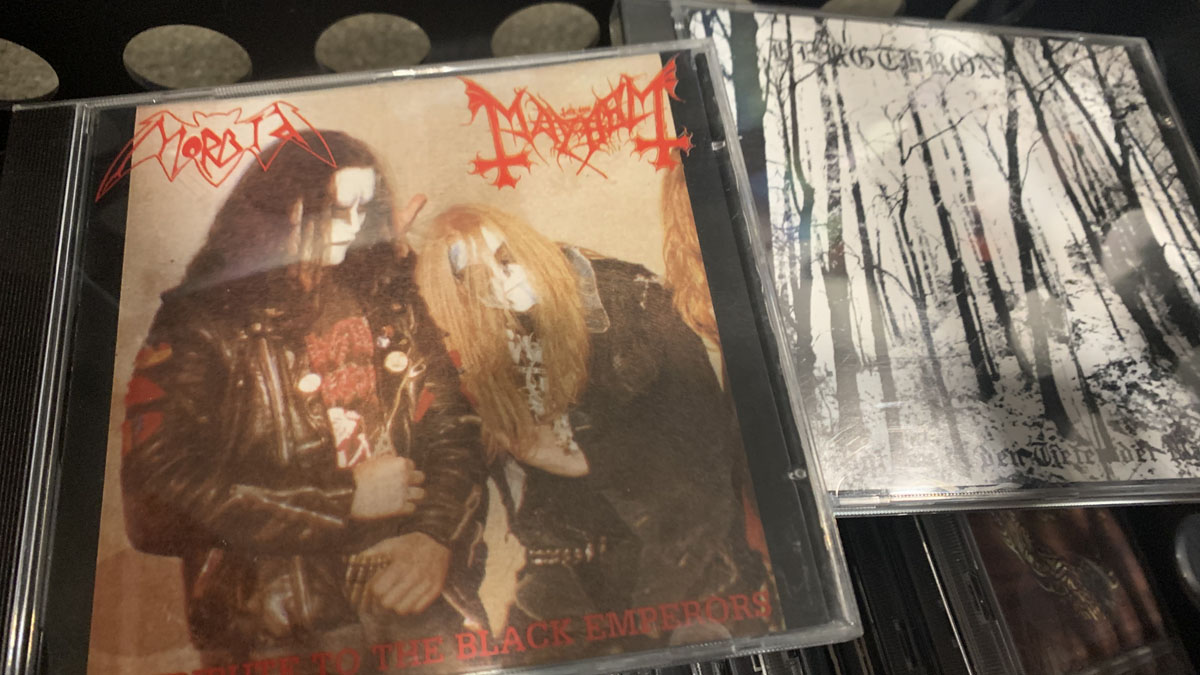 This video shows a crazy rare collection of black and death metal CDs from the 90s thru 2000s that I bought from a collector in Sweden. There is a ton of crazy out-of-print stuff from labels that are now out of business in Europe. However, many of these CDs have since been reissued by Metal Blade, Napalm, Century Media, and others. You can get many of these reissues, but the originals are easily worth 20-50 dollars (sometimes less, sometimes more).

I didn’t have time to put together a complete list for this month’s blog update, but you can see all of them in the video, and I have taken some time to highlight a few of the best ones I’ve found from this collection.

Big CDs In This Collection

Monstrosity – Imperial Doom CD 1992 Nuclear Blast – NB 055 CD [ORIGINAL PRESS] – Monstrosity was a death metal band that became the jump-off point for many death metal musicians, most famously, George “Corpsegrinder” who is currently fronting Cannibal Corpse, which is probably what makes this CD worth so much. This CD goes on eBay / Discogs for north of 100 dollars.

Mayhem: Deathcrush CD 1994 Deathlike Silence – DSP Anti-Mosh 003 NORWAY – Mayhem’s debut EP. While is technically a reissue, this was the first time this album came out officially on CD. This item is heavily counterfeited and reissued. Only the first press had no barcode on the tray card.

Thornium – Dominions Of The Eclipse CD 1995 Necromantic – NGP 005 Netherlands – Recorded in 1994 this release from the Swedish black metal band Thornium is worth around 100 bucks. I’m not sure why, it just is!

Behemoth – And The Forests Dream Eternally CD 1995 Entropy – DE 101MCD *Italy – Minialbum released very early in their career and never reissued to the mid-2000s. Song #4 “Evil and Hate” is a tribute to Bathory.

Have A Collection To Sell?