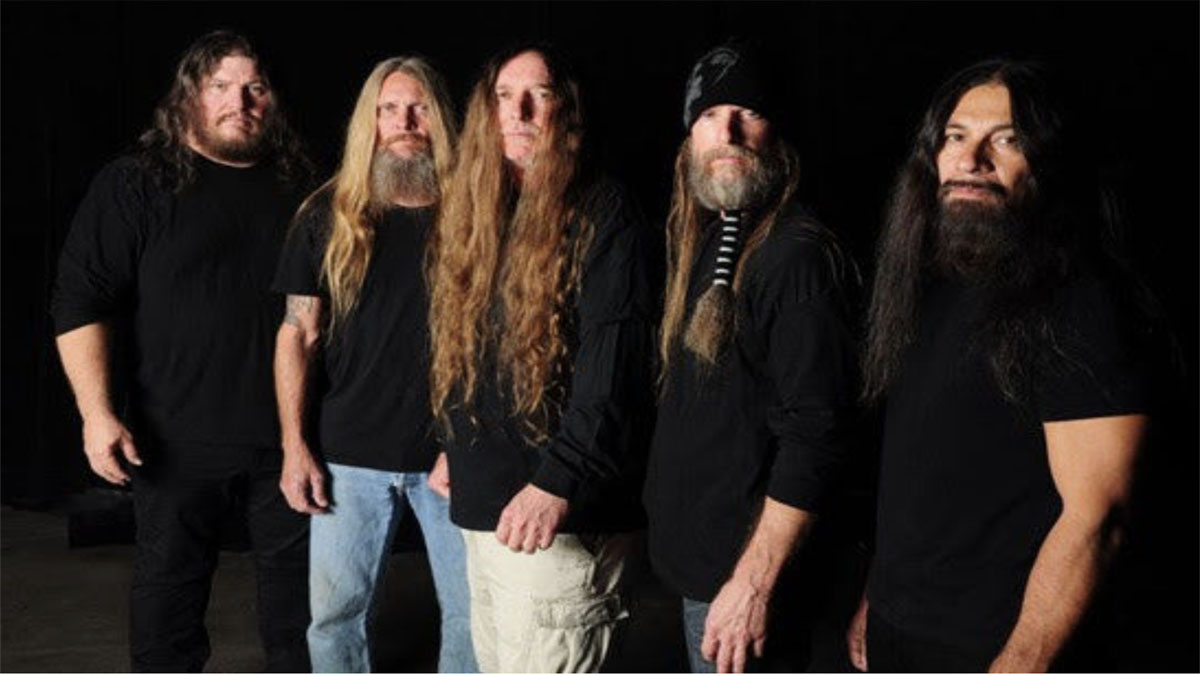 What can you say about Florida’s Obituary that has never been said? The band has one of the most consistent streaks in death metal and has never released a sub-par album. While you could argue the band peaked on their debut album, “Slowly We Rot” — nothing that they have released subsequently has sucked. Is it time to break that streak as the band hurdles into their mid-fifties? I’m glad to report the answer is a resounding “no.”

One of the main reasons the band has retained its unique sound is that its core has remained intact with few changes over the decades. Trevor Perez and the Tardy brothers have been original members since 1984. The lead guitar spot has rotated four times through the years, and I’m sure the original bassist would still be in the band had he not succumbed to cancer in 2015 and been replaced by Death’s Terry Butler.

Listen To Full Album Below

The production of “Dying Of Everything” is crisp and clear, with the mix dialed where it needs to be without sounding overproduced. Overproduction is a common pitfall of many modern metal records, and I’m sure the band had the budget to go nuts (as opposed to “Slowly We Rot” which was recorded for $4000). In particular, the drums cut through the mix great and do not sound over-sampled or excessively corrected by Beat Detective. Likewise, the guitar sound is warm and natural and perfectly captures Trevor’s unique sound. “New” guitarist Ken Andrews delivers some great solo work with the guitar leads frequently placed toward the beginning of the songs, which is quite refreshing!

Obituary is not a band that relies on speed or crazy technicality to deliver their brutal sound. Instead, Trevor’s riffs are solid meat and potatoes and retain an almost hardcore punk character. However, these nearly simplistic riffs become monsters when meshed with drummer/cat activist Donald Tardy’s unique approach to rhythmic grooves and John’s guttural vocals: The result is unmistakably Obituary!

Speaking of John Tardy, that man’s growling vocals haven’t lost anything with age, which is extremely impressive. In addition, you hear a bit more annunciation and can understand a lot of the lyrics; the singer admits some songs consisted of guttural sounds that were not even actual words in some early efforts.

I recommend listening to this album in track order, as it seems they spent a good time developing the track sequence, which is a lost art these days. The album starts with arguably the fastest track on the album, “Barely Alive”. This song rips and includes a few note-heavy passages you don’t typically hear from this band.

The following track, “Wrong Time,” is a single that had been out for a few months, and I have to admit I wasn’t crazy about it at first, but then changed my mind when I saw how well it worked live. “Without Conscience” shows the benefits of Tardy’s more controlled approach to vocals and creates an insanely catchy chorus. The title track, “Dying Of Everything” is a banger and is reminiscent of the band’s mid-nineties output. There is no filler on the record, but I have to talk about the album closer, “Be Warned” which is tied with the opening track as my favorite but for different reasons. The 5:47 minute epic boasts some brutal Tom G Warrion/Celtic Frost-type riffing, is a perfect low-tempo closer and is the heaviest song on the album. This bookend is one of the main reasons I suggest listening to this album in track order from start to finish; you won’t regret it.

With “Dying Of Everything,” Obituary retains their spot as the AC/DC of Florida Death metal, and if you are a fan like I am, I highly suggest picking this up; you won’t be disappointed!