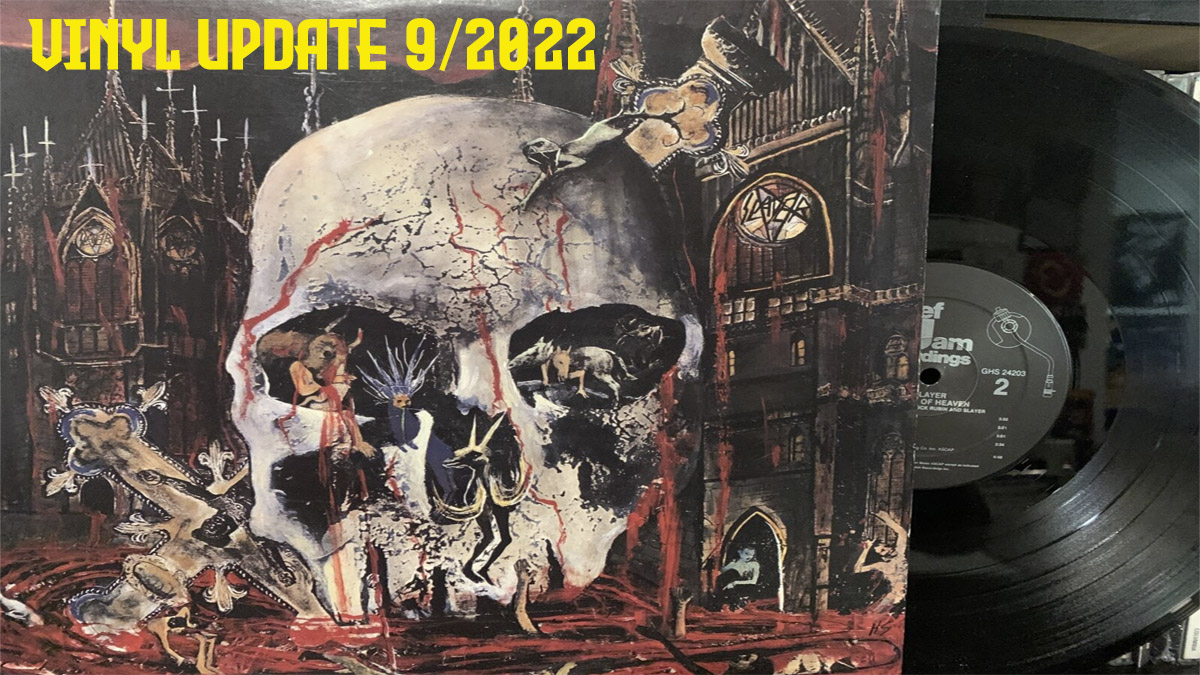 With the recent downturn of the US economy, I’ve had many people coming into the store to sell their punk rock and heavy metal collections. These hard times are both good news and bad news. The good part is I pay a lot for punk and metal collections; the bad news is people wouldn’t be selling them if life was better.

Here is a fantastic first press metal collection a guy brought in two weeks ago.

And here is a great punk rock vinyl collection I picked up this weekend.

Here are some of the gold nuggets from the videos above.

Black Flag – Nervous Breakdown EP 1980 SST SST 001 – This is the third pressing of “Nervous Breakdown” by Black Flag. There are over 20 years of pressings of this EP. Actual first pressing is some of the most expensive punk rock albums out there that can go for over $1000 easily.

Possessed – Seven Churches LP 1985 Combat – MX 8024 – One of the most influential extreme metal albums of all time and some argue the first death metal album, early pressing of Possessed “Seven Churches” are a holy grail of vinyl collectors. The camouflage label is technically a second press, even though it came out the same year. Unlike many vintage metal albums, the first press CD is worth more than the album and is one of the most expensive metal CDs.

Slayer ‎– Show No Mercy LP 1983 Metal Blade Records ‎– MBR 1013 – Slayer’s debut album is now the most expensive and hard to find in their catalog. This copy is the repress technically, but it still sells for north of 300 dollars.

If you have a collection like this you are looking to sell, I am always buying. Use the info below to get hold of me.

VISIT MY STORE ON EBAY HERE