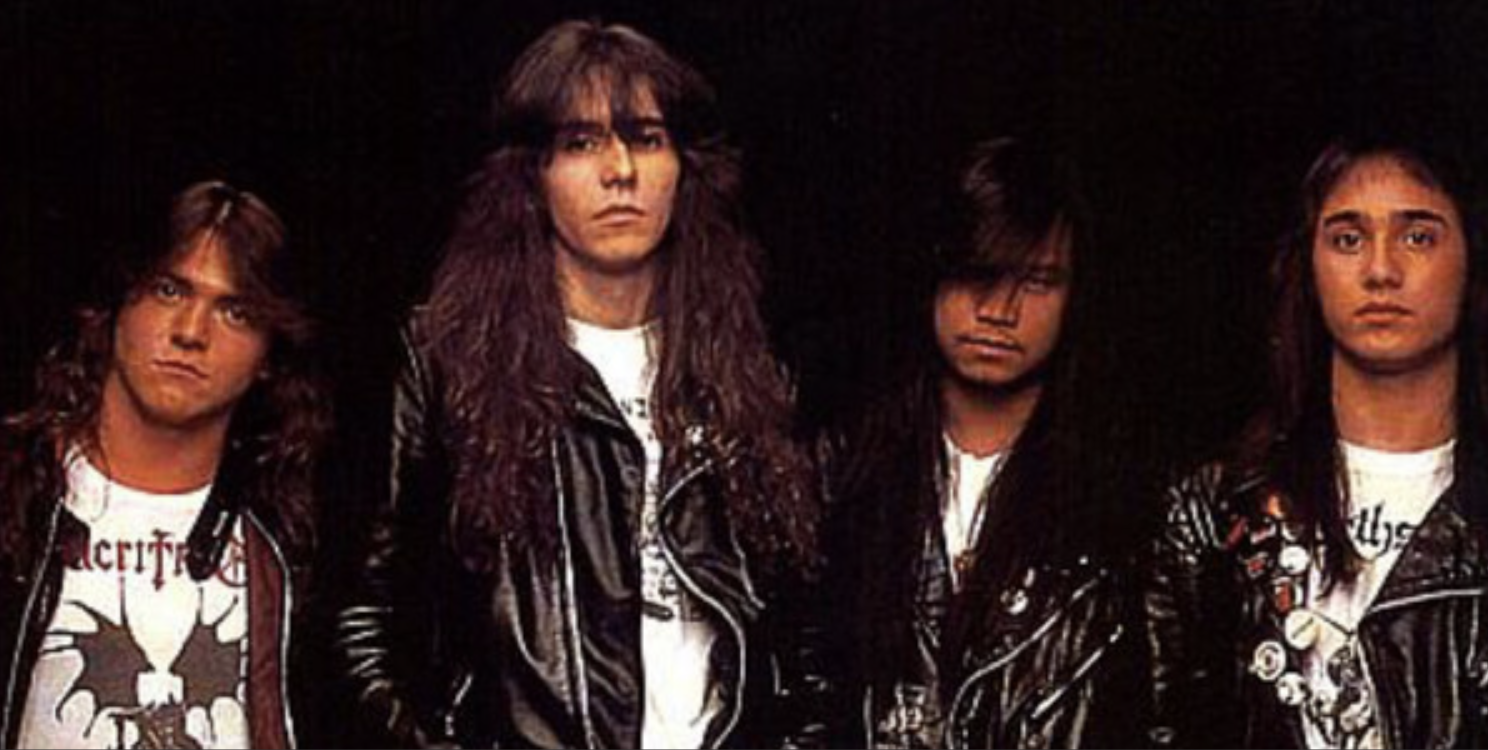 Toronto’s Sacrifice is definitely on my list of metal bands that should have been bigger. 1985’s “Torment in Fire” is the first wave black metal classic, and 1987’s “Forward To Termination” is a thrash metal classic that is easily on par or better than many of their peers from the Golden Age Of Metal. Despite playing the right kind of music at precisely the right time and quite well, mainstream success was in the cards for Sacrifice.

The band released a few more albums in the early 90s, then broke up and reformed in 2008, and is still active today.

Newly released on Blessed Curse Recordings comes an excellent treat for a fan of this band. “Sacrifice – Live At The Starwood Club Toronto Nov 23, 1985” documents the band (as the title would suggest) — Sacrifice playing a live set very early in their career between the release of “Torment in Fire” and “Forward To Termination“.

All of the songs are selections from “Torment In Fire” and are as follows:

The recordings are rough and raw but are far from terrible. Unfortunately, there are only 500 copies of this album available, and they are hand-numbered, so grab one while you can.

Our store is now open, and you can grab a copy here.

Torment in Fire is the debut album by the Canadian thrash metal band Sacrifice. The original album came out on Metal Blade Records in 1985 and is very difficult to find. You can get the reissue on War On M.