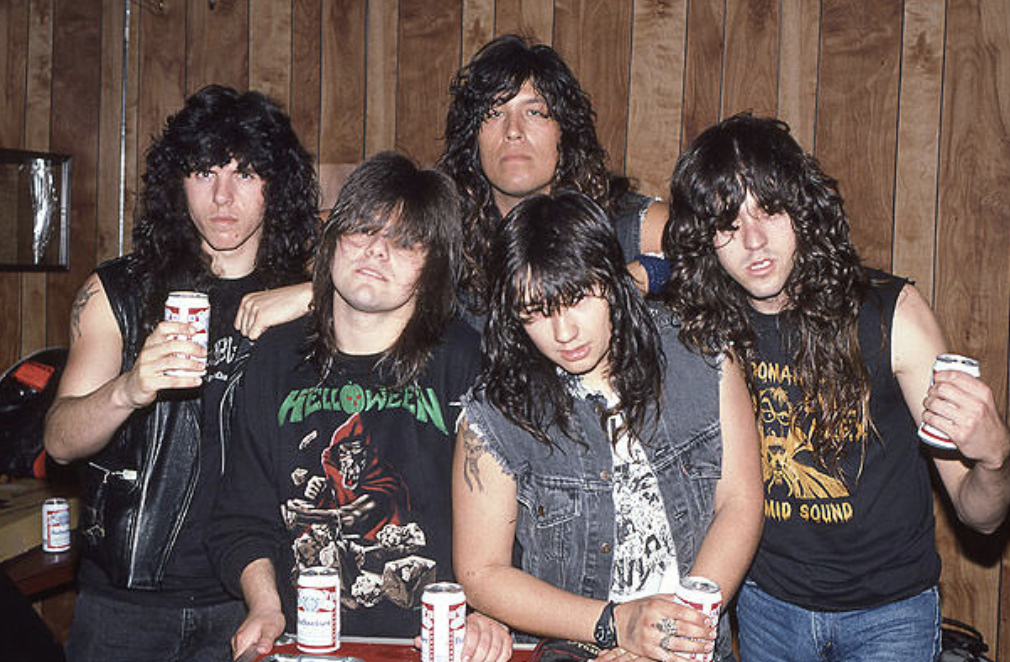 Prior to the album’s recording in 1986, Testament was known as Legacy. Their lineup consisted of singer Steve “Zetro” Souza, guitarists Alex and Eric Peterson, bassist Greg Christian and drummer Louie Clemente. Singer Chuck Billy was a member of another local band named Guilt. He had performed with Legacy on a few occasions and was asked to become the new singer after Souza left to join Exodus. In 1986, the band changed their name to Testament after finding out that there was a jazz band named Legacy. The Testament name was suggested by Billy Milano (from S.O.D. and M.O.D.), who was a friend of the band in the early days.

This was the only Testament album to feature songwriting contributions from Souza, who was credited as the co-writer of all the songs, except for “C.O.T.L.O.D.” and “Do or Die”, which were co-written by original Legacy singer Derrick Ramirez and Billy respectively. The closing track, “Apocalyptic City”, was written by and Peterson.

FIND TO VERY RARE PRESSINGS OF THIS ALBUM HERE

BUY THE LEGACY HERE ON EBAY 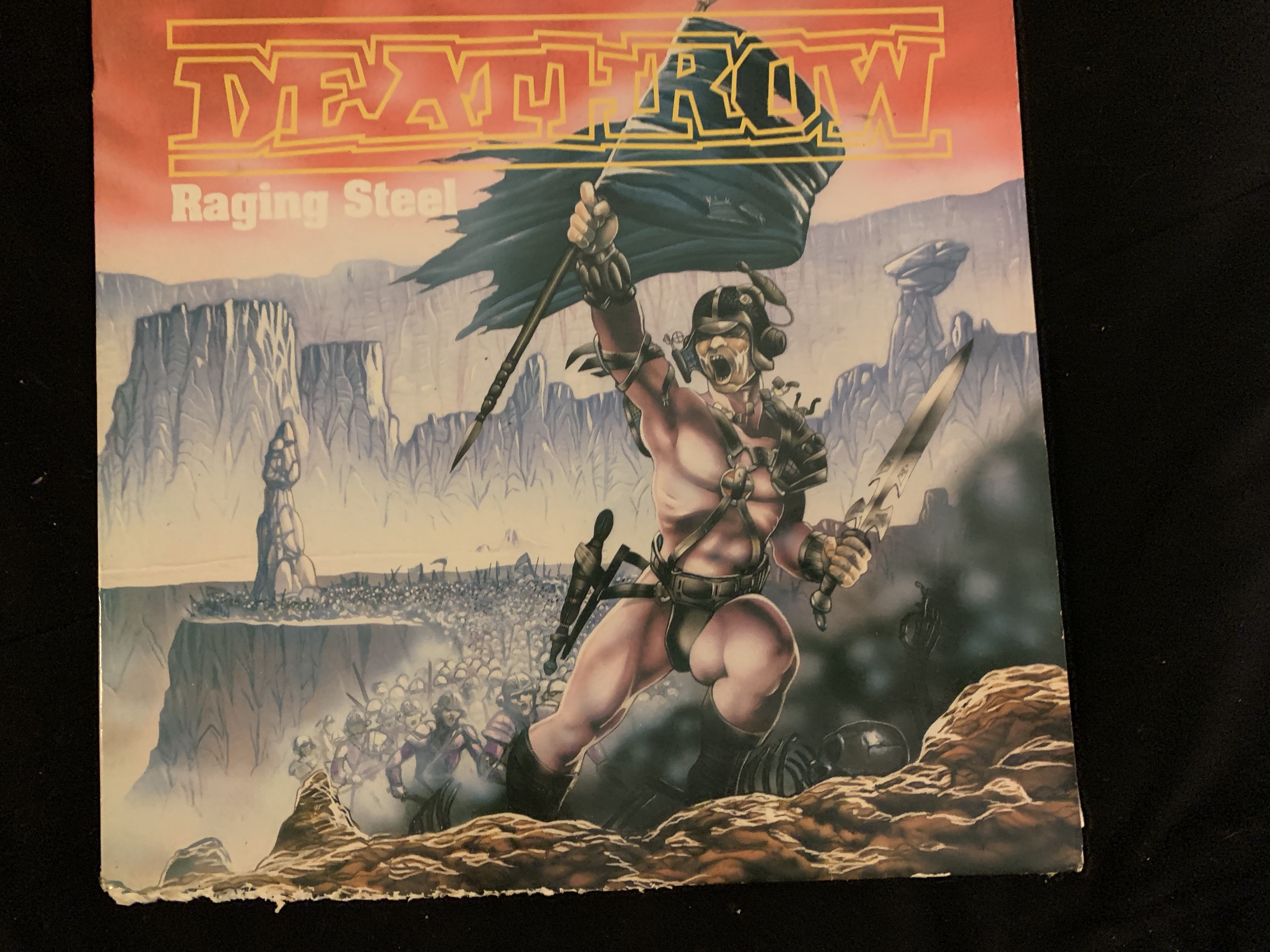 DEATHROW is another German Thrash Metal act from the 80s. They never got very big, but their raging fast tempos and technical riffing made them better than bands that were a lot bigger. If you have never heard them before, think SODOM, KREATOR, or EXUMER.

The band suffered from somewhat poor production, but the album was remastered in 2016. The newly remastered version includes the band’s original demo, previously unheard rehearsals and live tracks, plus liner notes with band founding members Sven Flügge (interviewed here in 2018) and Markus Hahn. The vinyl of this album has been out of print for more than 30 years! <<– Hint Vinyl Collectors

GET THIS RARE LP OF EBAY HERE 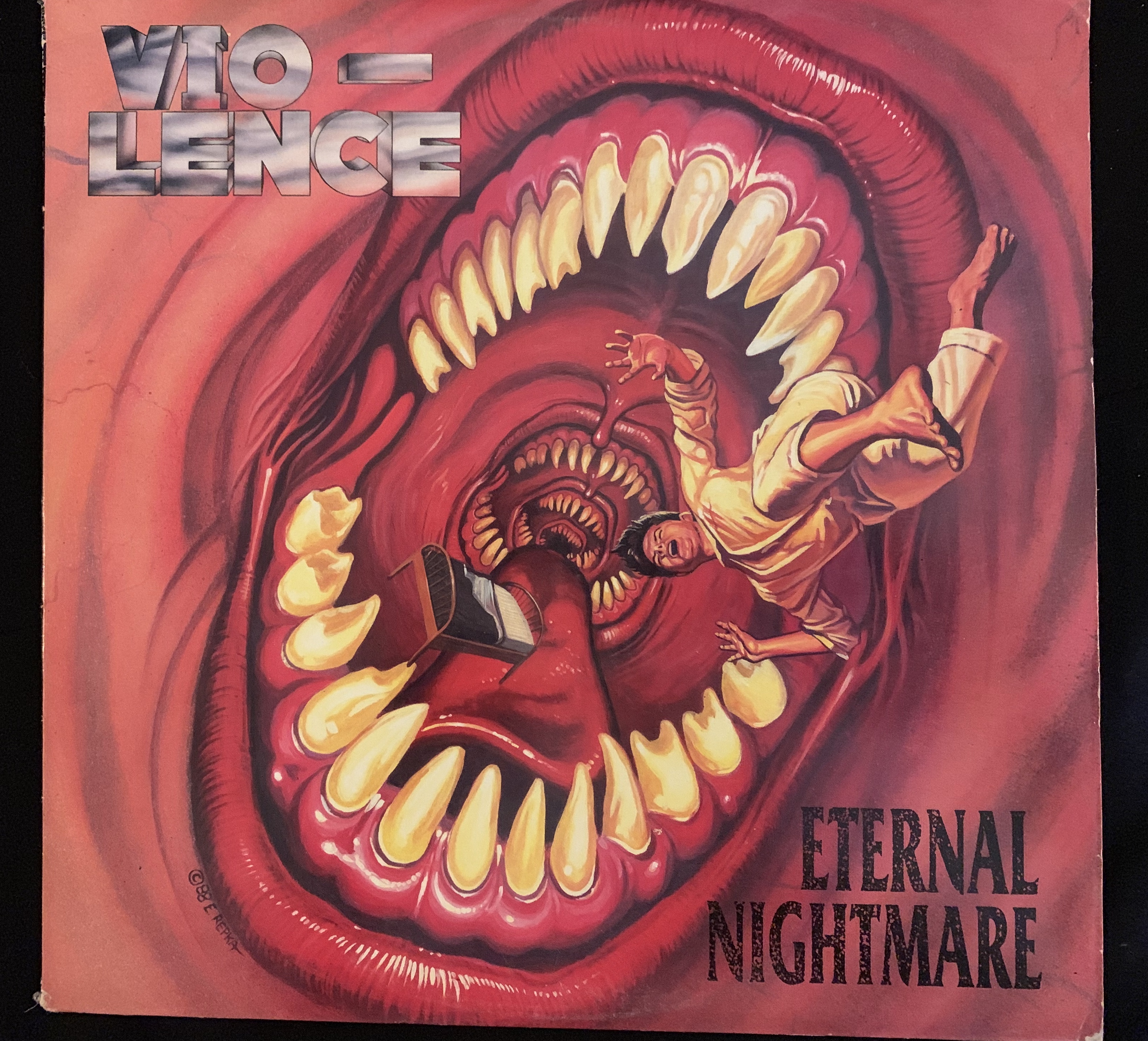 Talk Of A Comeback Album

Eternal Nightmare is the debut album by the San Francisco Bay Area thrash metal band Vio-lence. It was released originally in 1988 on MCA Records’ Mechanix sublabel.

That was along as time ago.

SEE THIS LISTING ON EBAY NOW

The 2005 re-release includes a bonus CD of the Thrash of the Titans concert (benefit for Testament singer Chuck Billy), recorded August 11, 2001.

GET THE ORIGINAL PRESSING OF HERE

﻿SEE THIS LISTING ON EBAY NOW 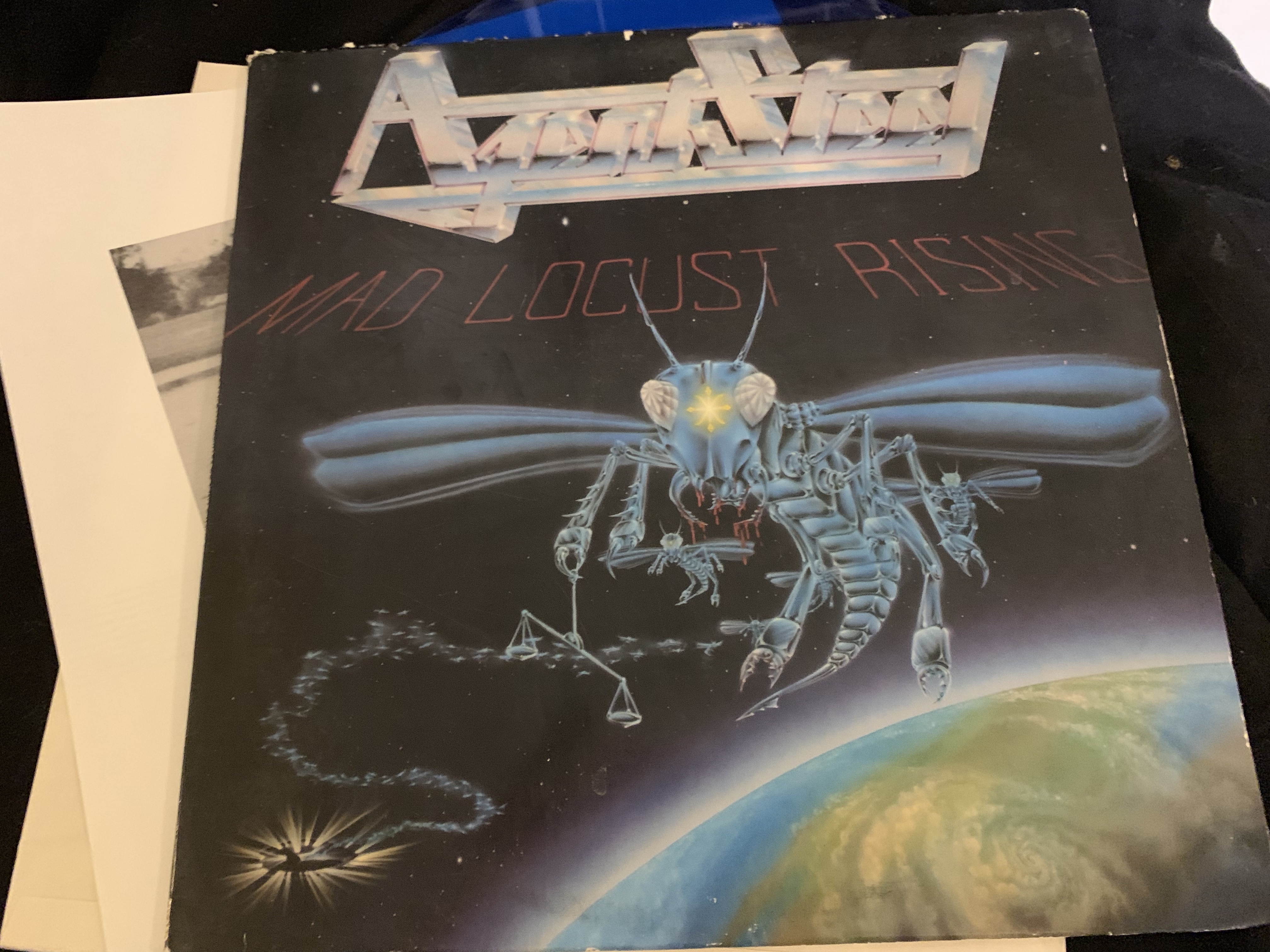 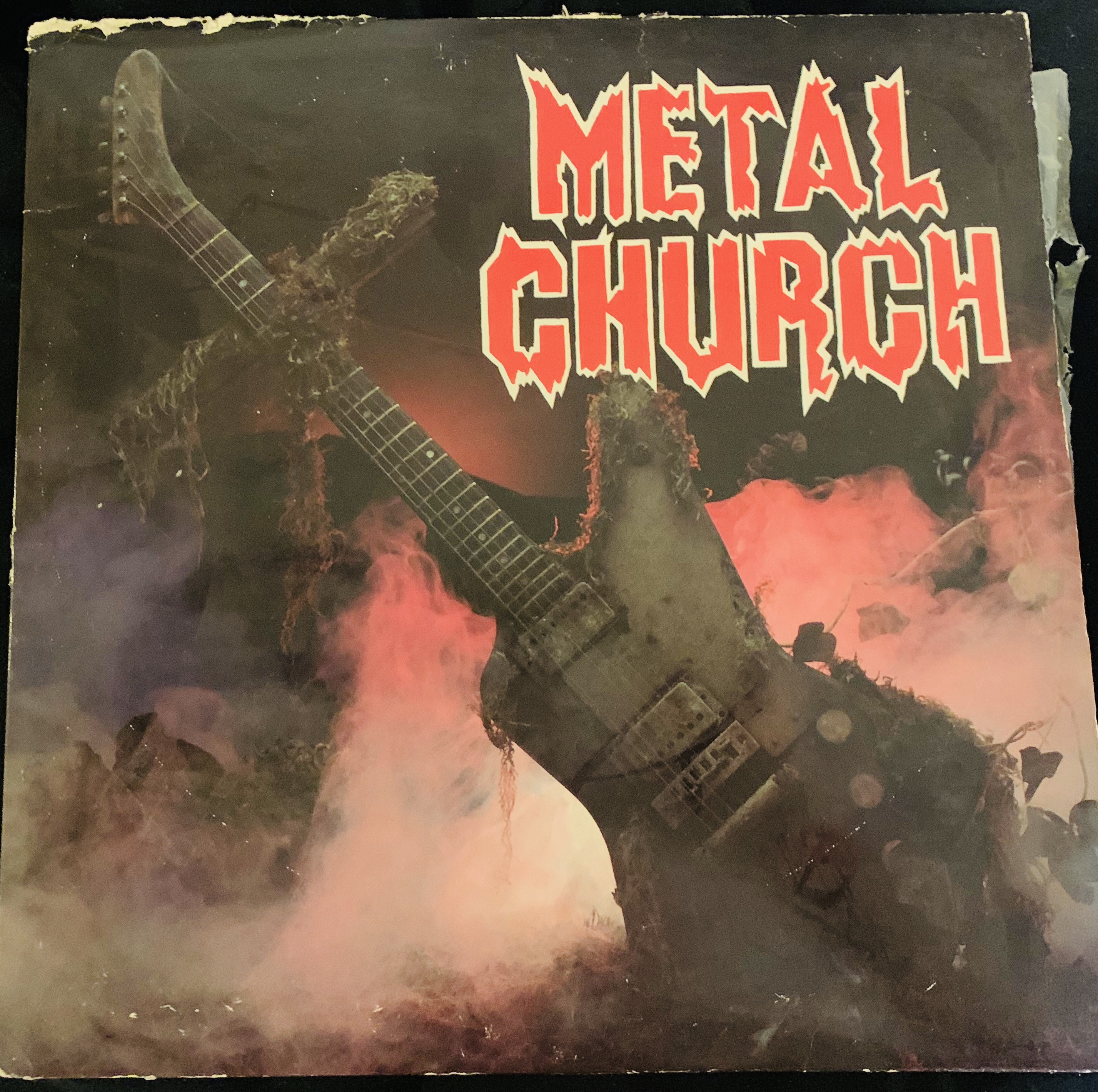 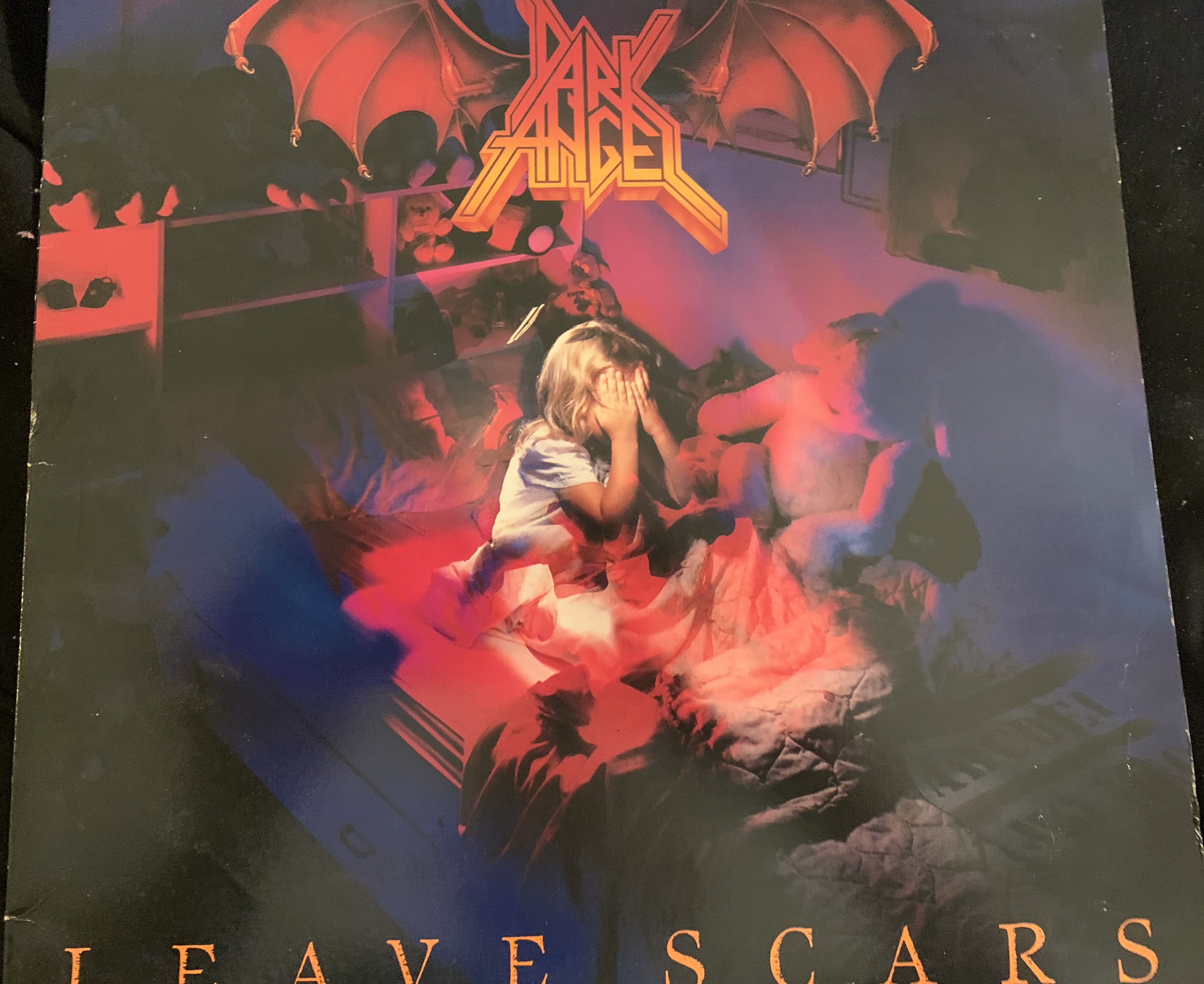 Leave Scars By Dark Angel: It Had 246 Riff, but Was It Any Good?

CLICK HERE TO SEE WHAT IS AVAILABLE ON EBAY

The 3rd Album By Possessed Produced By Joe Satrirni

POSSESSED THE EYE OF HORROR was released in 1987. It was produced by guitarist Joe Satriani. This was the last album for 30 years. The original line up never reformed. Not long after the release of Eyes Of Horror Jeff Becerra was a shot in a robbery attempt and was left paralyzed from the neck down. Not long after, the original line-up went their own ways.

Mike Sus went back to school and obtained a degree in psychology and was never active in music again. Guitarist Mike Torrao joined Infanticide, but they never released any songs publicly and broke up in 1997. He now works as a landscaper and plays music only in his spare time.

Most famously, Larry Lalonde would go one to join Blind Illusionwhere he met Les Claypool and the formed Primus. Larry downplays his status as an ex-Possessed and rarely mentions it publicly.

Jeff Becerra continues to tour and record under the name Possessed with an entirely new group on musicians. In 2019 the new line-up released the shockingly good “Revelations Of Oblivion” which has become both a critical and commercial success.

Very courageously, Jeff contains to record and front the band from a and in my opinion does a fantastic job.

In 1987 Possessed Was The Following:

Jeff Becerra – Bass & Vocals – Is the only original member from the 1980s line up. He now paralyzed following a street robbery, which some have rumored was a drug deal gone bad.

Larry Lalonde – Guitar – Went on to play in Blind Illusion, where he met Les Claypool and went on to for Primus.

GET POSSESSED THE EYE OF HORROR 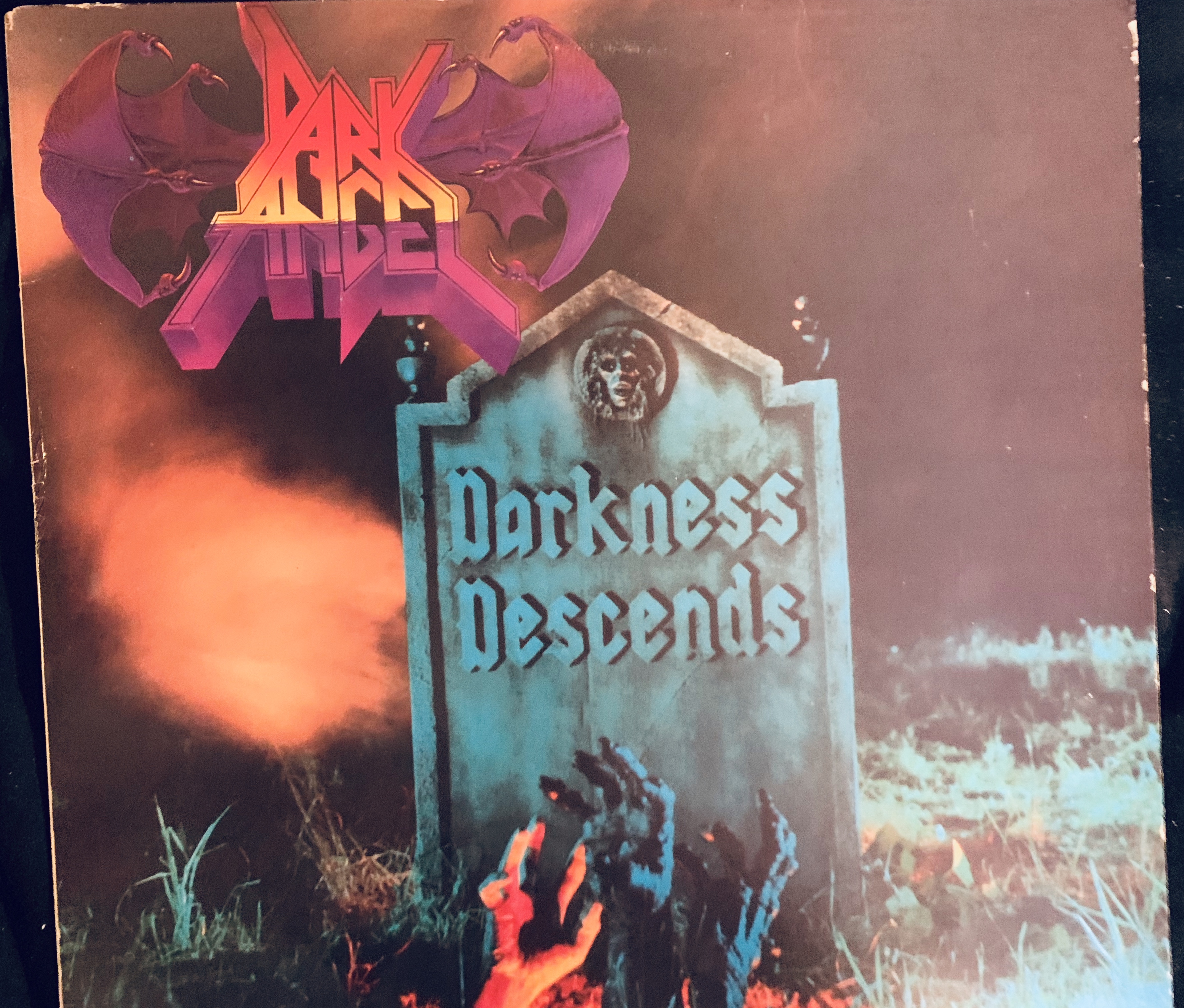 GET THE ORGINAL DARKNESS DESCENDS 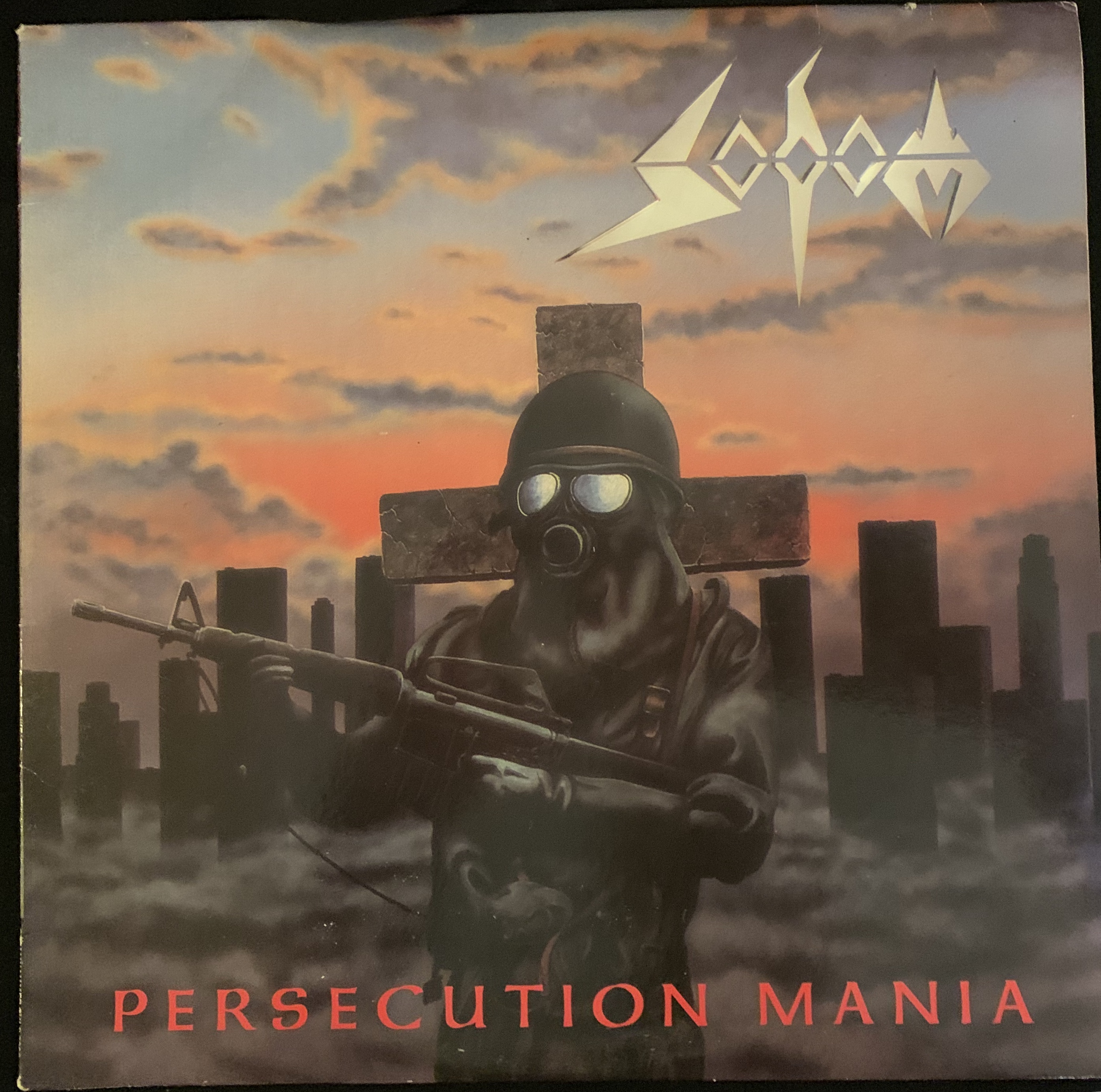 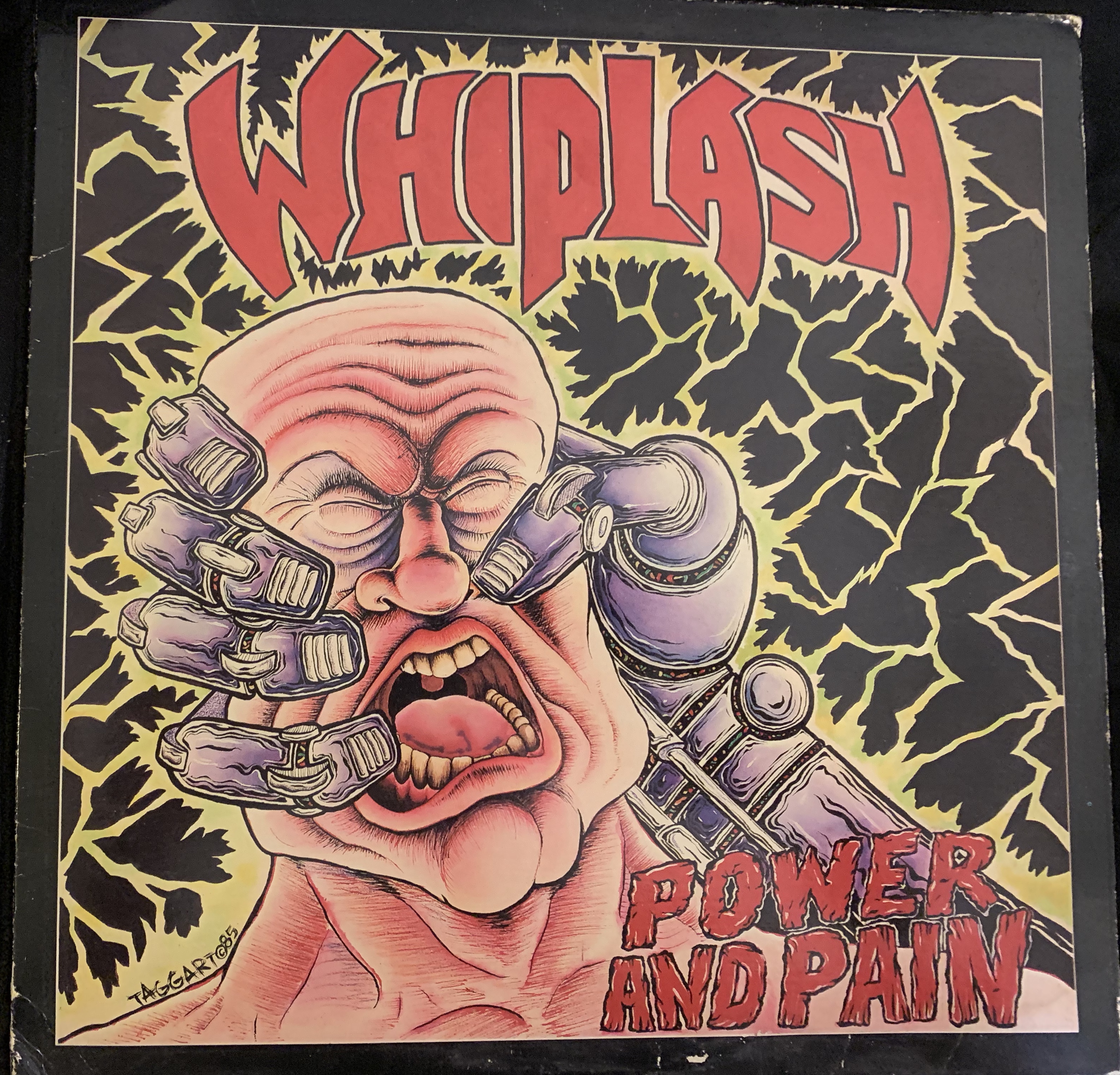 GET WHIPLASH POWER AND PAIN HERE